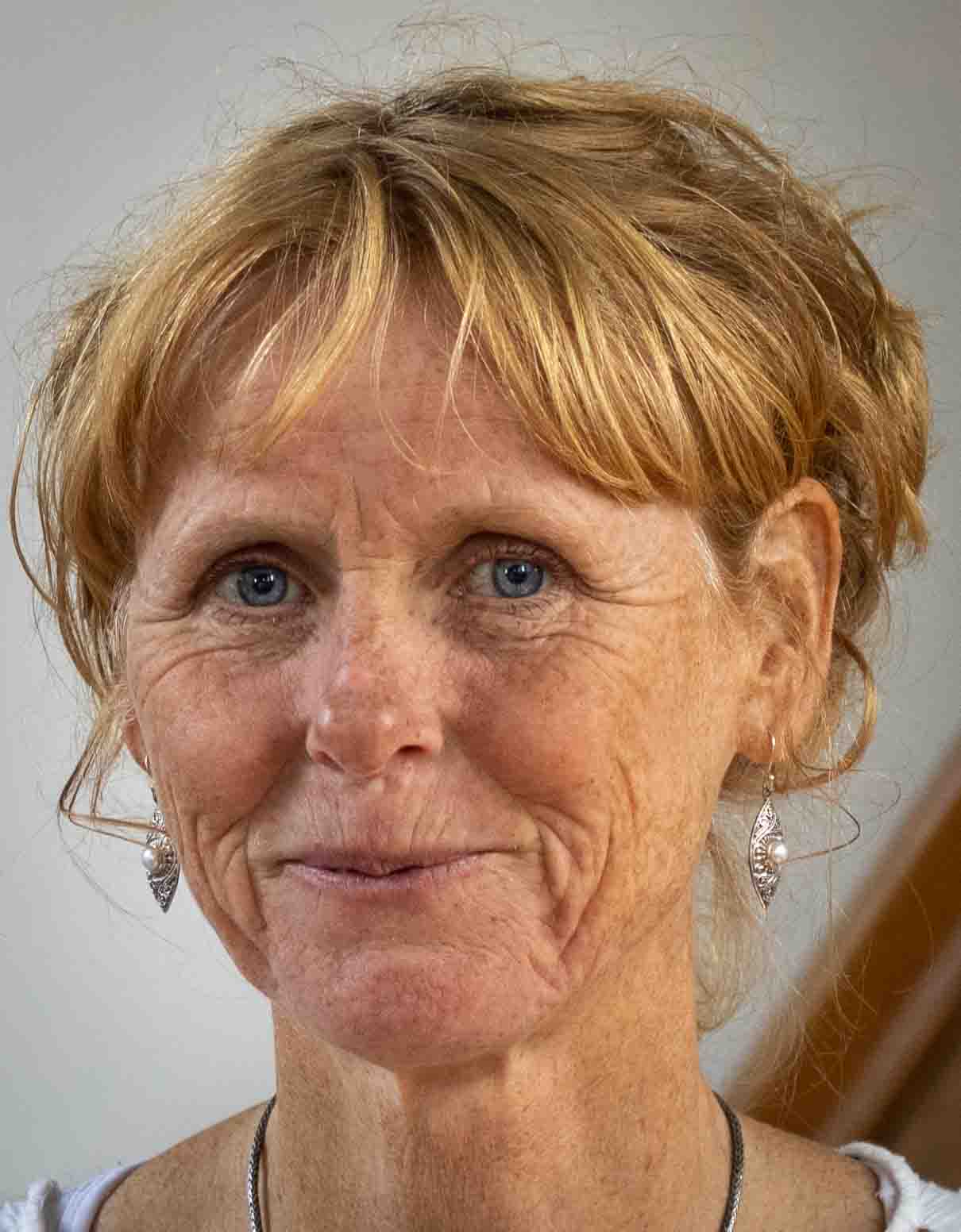 Happiness begins in your heart...

The power of peace and inner happiness can be experienced in meditation, in nature, in the healing sounds of music and in the beauty of art... The Light that emanates from this power is the spark that makes us live and connects us. With my work, I hope to inspire others to find this inner happiness and shine in this love. Love flows inexhaustibly from your heart. Love is our greatest protection. When you consciously experience this power it gives you the space to give, connect with people, forgive someone and contribute something to a more loving world.

Meditation has helped me to focus more deeply and experience the connection to the Source of Love and Light, which is very fulfilling in my life.

But how do you start... opening your heart, connect with nature, and practice meditation?
For example, by taking a moment to be, listening to your breath, standing still and experiencing.

How I began to live from my heart

From an early age I was interested in development and consciousness, change and renewal. I remember special moments in my childhood, in which I had spiritual experiences and symbolic dreams and found intuitive answers to questions, my parents did not always know so well... As I grew older I was frequently ill, experienced a lot of pressure and developed back problems at a young age. Around the age of 15 I sought spiritual guidance for the first time and began to open up to learn to cope with life in a different way. During a long rehabilitation from a herniated disc in my college years, I started practicing tai chi and qigong and then learned to practice qigong massage and acupressure. In my last year of study, I became pregnant. I felt very happy because the pregnancy went well even though I had been medically advised against it. A month after I graduated, our first child was born and motherhood brought me closer to my heart and feelings.

When our second child was born over two years later, my interest in spiritual personal development began to deepen. I began to experience "the double" in my life as a gap between reason and feeling. I felt tension in my work because I did not feel connected from my heart. I decided to trust my feelings more deeply, quit my job and devote myself to motherhood. During that time, I had a lucid dream and began painting, writing and poetry as a self-taught artist. I came to a spiritual natural healer who recognized my talents and encouraged me to start my own practice. I founded the practice "Energy Balance" and began to give healing consultations on a small scale to help others in processes of change, relationships, periods of illness and in their spiritual development and in addition I started a tai chi school. That same year our third child was born. A blessing, which at the same time also heralded a new era.

I continued learning yoga, nature healing and psychosocial therapy and it was during this period that I started meditating. One evening I was sitting in a meditation just before bedtime and became aware of a feminine voice, asking me to seek her out. I decided to heed her call and went on a journey 8 months later. After a search, I found the Tibetan Buddhist female monk in Kathmandu (2005-2006). After her blessing, new fields of energy opened up. This encounter changed my life. My insight and feeling changed, my sensory perception changed, and I began to paint differently. I withdrew for a period of time to deeply absorb and process the experiences of Light.

The sudden change also brought physical changes. My nervous system is very sensitive and I struggled for an extended period with rapid overstimulation. To cope with this while being present for the family, I deepened my meditation discipline with the exercises of the Western-oriented Indian yoga master Paramahansa Yogananda of the Kriya Yoga (Self Realization Fellowship, Los Angeles) and I learned further in psychosocial therapy, fresh nutrition, natural herbs and homeopathy. Eventually research showed that my body was producing tissues which were cultured several times, fortunately they turned out to be benign. Step by step the tissues disappeared after intensive energy treatments and adjusted nutrition. This was of course a victory, but after this phase the complaints in my pancreas and digestion remained, which eventually turned out to be caused by lyme disease. Because I had spent so much time in nature since childhood, I had often had tick bites. Through the application of meditation, the examinations of live blood analysis and natural healing combined with bioresonance, I was able to release the underlying emotions that were holding the disease and so I resolved the symptoms of lyme naturally. I now feel fit and healthy!

During the vulnerable period described above, I got to know my yoga master Prema Baba Swamiji (Dr. Donald Schnell, author of the book: "The Initiation"). I feel so much gratitude for his personal guidance, explanation of the Universal Laws of Nature, initiations, experiences, encouragement, positive power, trust and the special deepening of my process. In 2009, Prema Baba asked me to follow the Swami path with him, but I did not choose the Swami path.  I felt strongly that I wanted to pursue my spiritual path to self-realization as a mother and wife. Through the personal guidance, which I received, and continue to receive, from Prema Baba I learned to trust more deeply and opened my spiritual path in surrender on a deeper, or higher, level. Prema Baba gave me the title "Master Teacher in Meditation" last year and he calls me by my spiritual name: Oshianna (Oceana). Oshianna is the great spirit of the ocean, -Oshi- means "she who helps others further on their path," and -Ianna- means "Divine Grace". Along the lines of Prema Baba, I teach training and meditation in Spiritual Yoga.

The processes I went through naturally affected our family in a way, it took patience and understanding to stay attuned with each other, but over the years we grew closer together. We learned to listen to each other better and make room for everyone's input with respect and love. During that time, Prema Baba encouraged us to travel to sacred Mount Shasta.

We managed to travel to Mount Shasta several times with the children. We rented out our house, suddenly got a financial advantage and were lucky with the assignments Niels, my husband, got for his work. So for several years we camped in California in the wild or at the simple campsites in the nature reserves. This brought us close to nature, it gave me physical healing and clear insights. Camping in California in the wild required us as a family to connect more deeply with nature, we needed to work together and tune in to each other and nature. This had a deep healing effect.

During our first trip to Mount Shasta, I was inspired in a vision by the great love of Mother Amma. I felt carried by her.... Since then, we have visited her annually and received her darshan (blessing) and since 2016, at her request, I have organized a monthly satsang in Bergen. Her charity projects reach all over the world. Her example is so inspiring! Several times I have visited her Ashram in San Ramone (USA) and Brombachtal (DE) and this year I spent six weeks in her Ashram in India, in Amritapuri. Prema Baba calls her, "The God-like Mother."

Starting in 2011, I worked to plant trees in the burned forest area in Schoorl. My goal was to manually plant trees and organize earth healings with groups. From this initiative, the Local Spirit Foundation was founded in 2013. Since then we have also manually planted trees in other natural areas, organized nature walks and together we regularly clean up litter in natural areas and by the sea on the beach.

In addition to the above meditation-based training and education, I am a Certified Hypnotherapist (CHT), trained by my mentor and yoga master Dr. Donald Schnell. In 2002 I followed Tai chi and Qigong masters Ms. Lin Ji (Lin Dzi) and Dr. Yang, Jwing Ming and attended weekend trainings. Wilbert Overbeek taught me attunement to delicate earth energies and on his recommendation I started the "Awakening your lightbody" of the guides Orin and DaBen in 2008, which I fully completed. From 2012 to 2017, I "hosted" many Access Conciousness body-centered trainings for Dr. Kacie Crisp and attended several other trainings. In addition, I obtained certifications in phytotherapy and natural healing and earned degrees in Basic Medical Knowledge, Basic Psychosocial Knowledge and Living Blood Analysis. The first study I completed was as an engineer in Technical Business Administration at the University of Twente, specialization: Change Management in Human Resources. 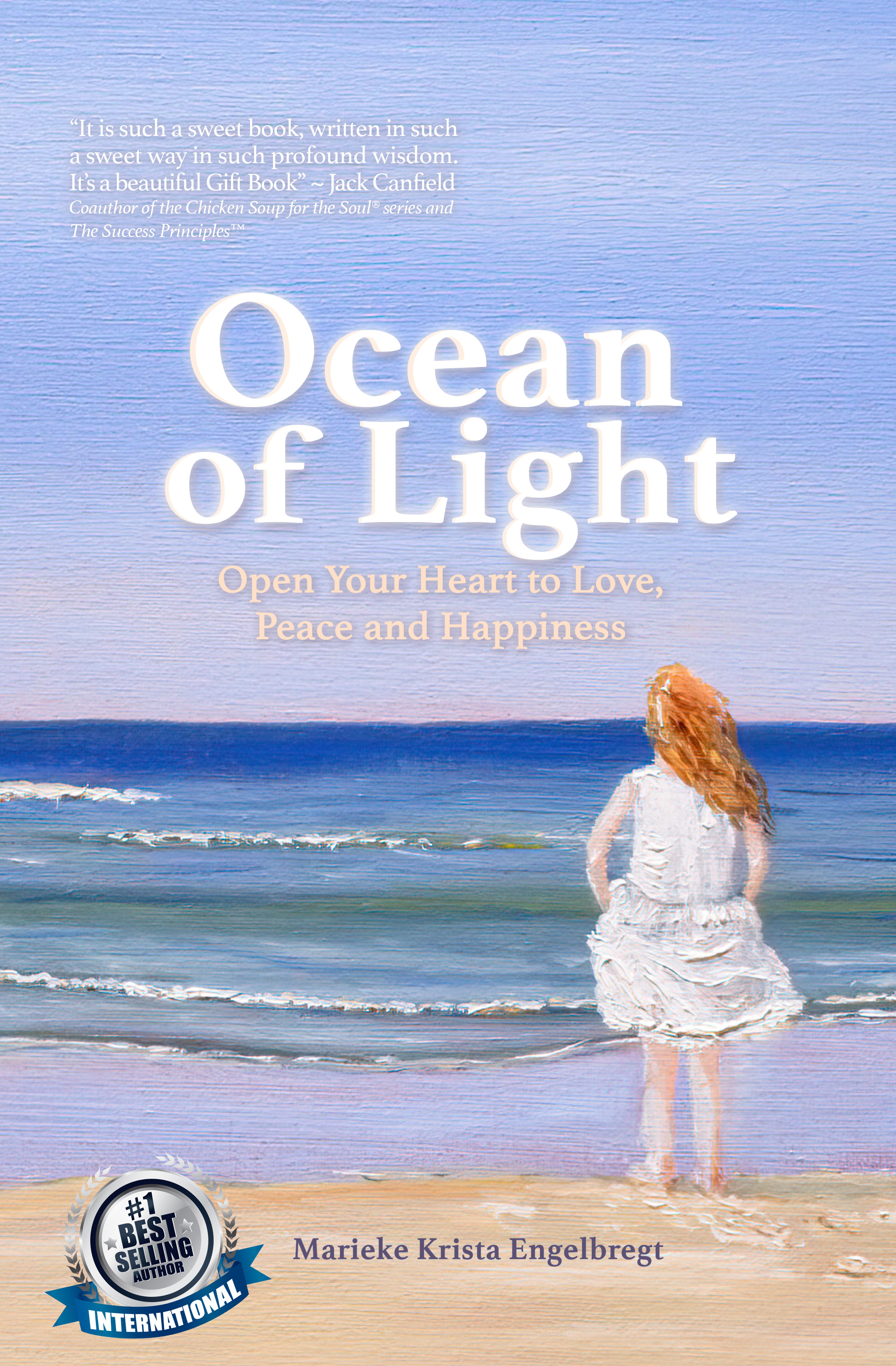